In early October, the Wharton Club of Paris organized an exclusive weekend trip to the Loire Valley for a "Harvest Adventure" in the company of winegrower Evelyne de Pontbriand and Gaël de Pontbriand (WG74), to learn about wine growing and the City of Angers’ rich culture.

Upon arrival in Savennières, Gaël showed the group around the town, giving us an insider’s look at this charming village, culminating with a look inside the former clergyhouse with vibrant paintings, which were amazingly preserved. With a bit of history under our belt, we were welcomed into the chateau for some sparkling wine and briefing about the day ahead. We then indulged in a delicious brunch with the region's best cuisine, and of course, more marvelous wines from the Chateau. The refined culinary thematic would then persist throughout the weekend during each single meal.

Energized by some of the finest wine and cuisine the region has to offer, participants were put to work in the vineyards for grape picking. They learned about the techniques to select the grapes, pick and group them for later pressing. The grape pressing activity revealed itself to be a very curious art. Alumni had the opportunity to discover modern electronic pressing and compare it with old manual pressing. As it turns out, pressure and timing cycles are very important for properly extracting the “Grenache”, the grape’s juice. Some were even able to press the grapes with their own feet, as done in the very old times!

After all this hard work, it was time for more tasting! Evelyne taught us many aspects that make Domaine du Closel’s wines so special: acidity curves, aromatic elements, organic agriculture… while some enjoyed the flavors of the millenary science, others took notes for use later on in their wine businesses.

Back in Angers, the privileged group finished the day with a 7-course French gastronomic meal prepared by Michelin-starred chef Gerard Bossé of Une Ile designed to showcase Domaine du Closel’s best Milesimes. He succeeded in every respect.

The following day, the visit continued to the City of Angers, where the group learned more about the French history thanks to its scenic Chateau. The Chateau d’Angers is a great example of medieval military architecture built progressively in layers between the 9th and 17th centuries. In it, many historical events took place, including the 100-year war and the religious wars of the 16th century.

The true treasure of the Chateau d’Angers is the Apocalypse Tapestry, a rare painted work of 13th century depicting The Apocalypse according to John, but also revealing satiric views about the English enemy as interpreted by Frenchmen in the 14th century. Our host Gael was quite the expert on the tapestry and provided a personal explanation that made the visit much more meaningful for all.

More than a cultural trip, Harvest Adventure was an opportunity to bring closer together Alumni from different countries in Europe. The light, laid back atmosphere and the social activities built cohesion among participants and seeded new ideas of cooperation between Clubs in the future. 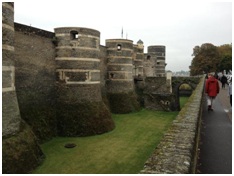 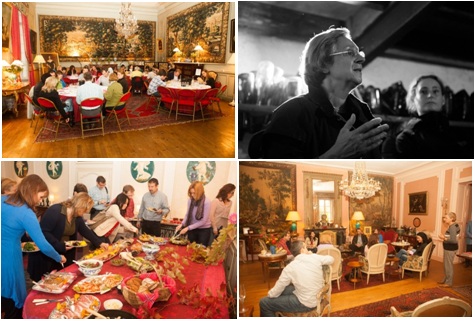